Visual effects house’s Toronto and Bangalore studio’s tackle the Necromancer and its scream as they produce 476 shots on the hit HBO Max sci-fi thriller. 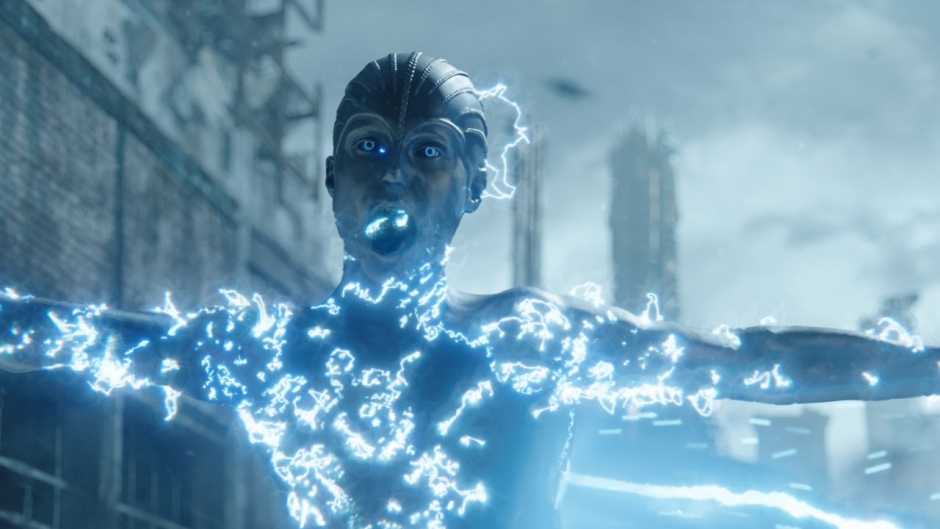 Sci-fi thriller Raised by Wolves, HBO Max’s critically acclaimed new series, centers on two androids tasked with raising human children on a mysterious virgin planet. As the fragile colony of humans threatens to be torn apart by religious differences, the androids learn that controlling the beliefs of humans is a treacherous and difficult task. The series is produced by Ridley Scott’s Scott Free Productions, with Scott, Aaron Guzikowski, David W. Zucker (The Man in the High Castle), Jordan Sheehan (The Terror), Adam Kolbrenner (Prisoners) and Mark Huffam (The Martian) serving as executive producers.

Drawing from Scott’s sketches and storyboards, MR. X VFX supervisor Eric Robinson and VFX producer Sam Banack lead their team to make sure that all visual effects produced matched Scott’s iconic direction and style. Partnering closely with production, the team did thorough visual research, drawing from real world references that would influence the CG environments, creatures, and effects that they created for this otherworldly series. 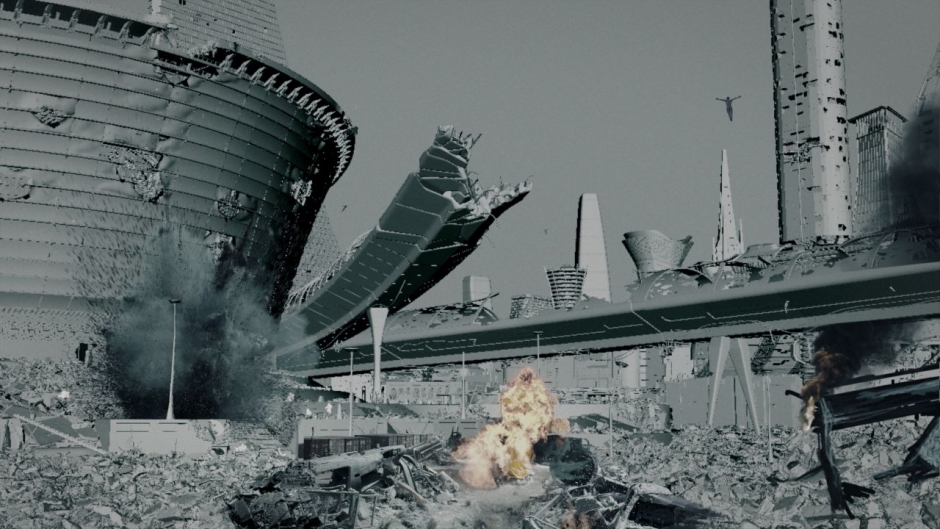 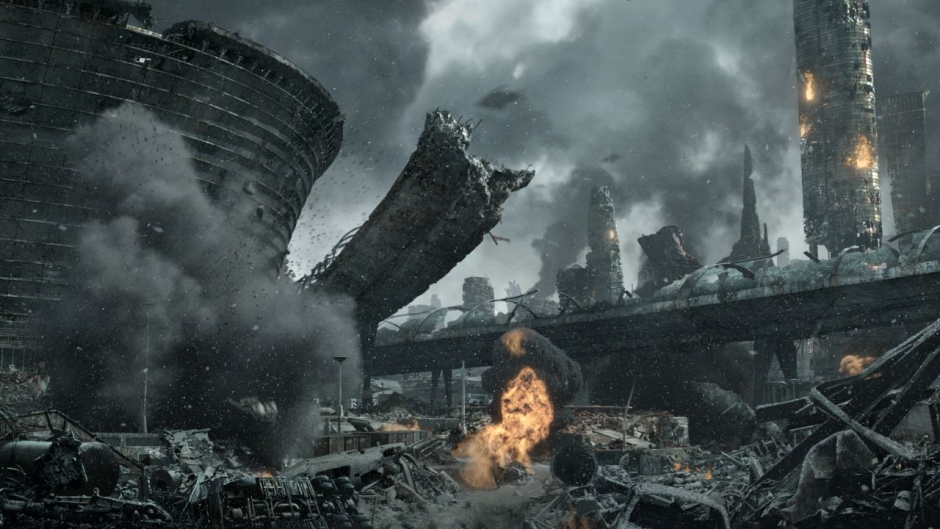 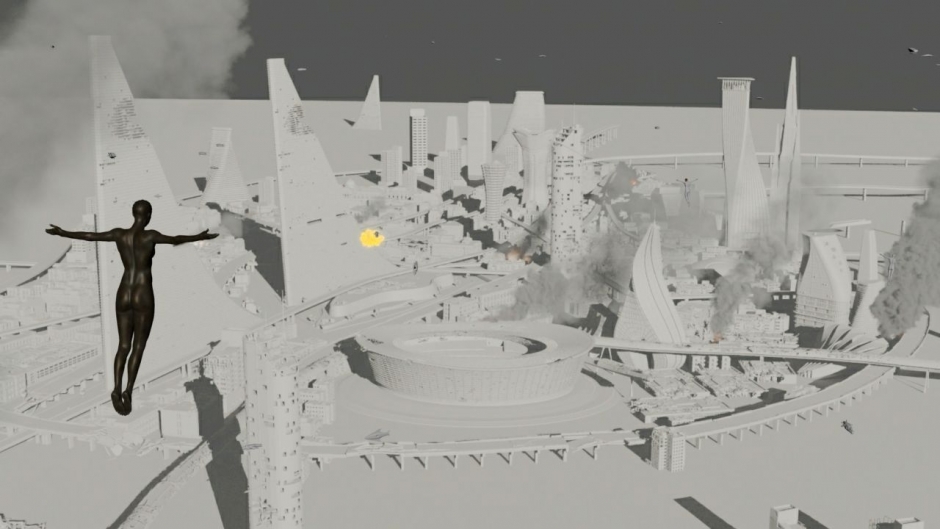 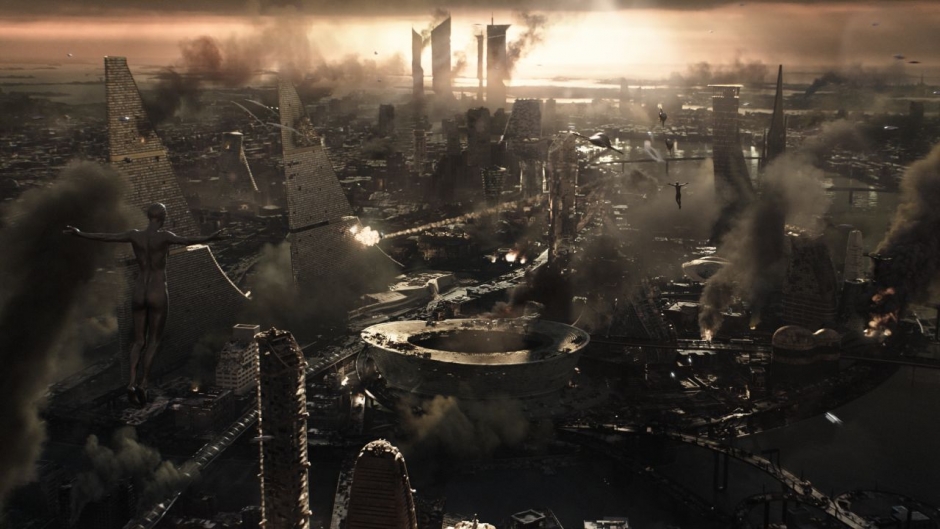 Robinson notes the highly collaborative relationship between production and the MR. X team, saying, “This was one of the most fun, and most creative shows I’ve worked on in over 11 years at MR. X. We had the trust of the client to offer up ideas. Not all of the ideas stuck, but we persisted, with the goal of giving them some WOW!”

A large portion of the MR. X work centered on the necromancer, the metallic killer version of the android Mother. In order to deliver a convincing metallic look and feel to the character, the team pulled photo references of the aged bronzed Atlas statue at the Rockefeller Center in New York City. This meant drawing from images of Atlas at all times of day, with different lighting conditions (natural light, flash photography), to make sure the bronze would react to its environment in a realistic way.

The musculature of the Necromancer posed a different challenge. Working from a scan of Mother (Amanda Collins), the VFX team had to transform the character into the Necromancer, and back again, so key proportions needed to match. Since the Necromancer is an extremely powerful version of the android, more muscular than Mother, the team had to make sure that the transformations were subtle and properly contoured around her body. 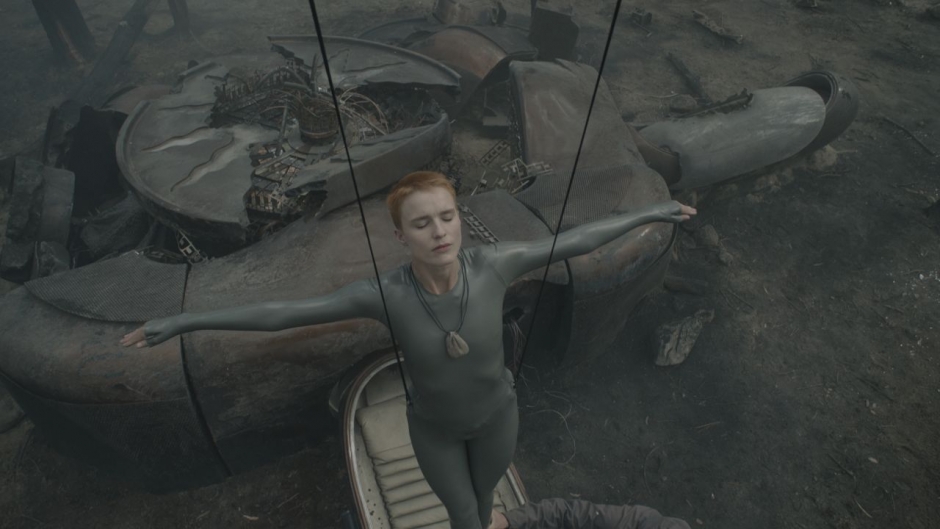 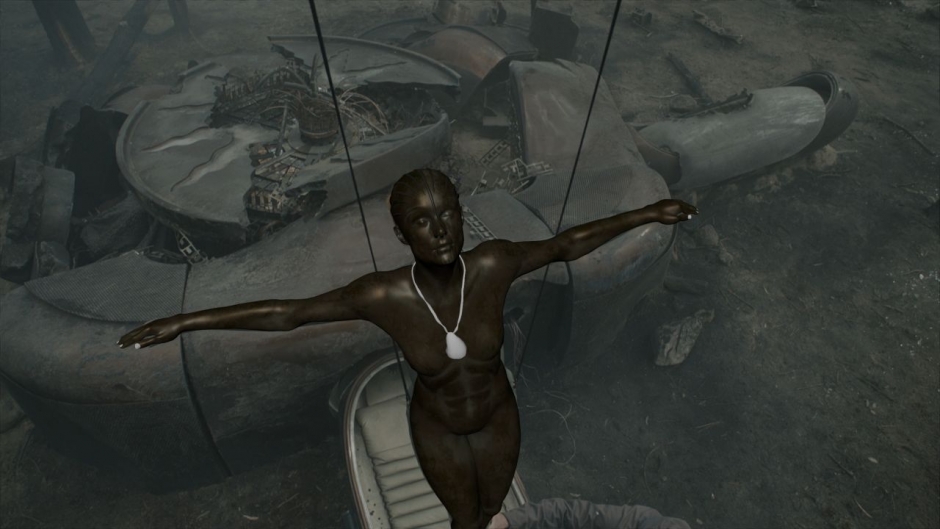 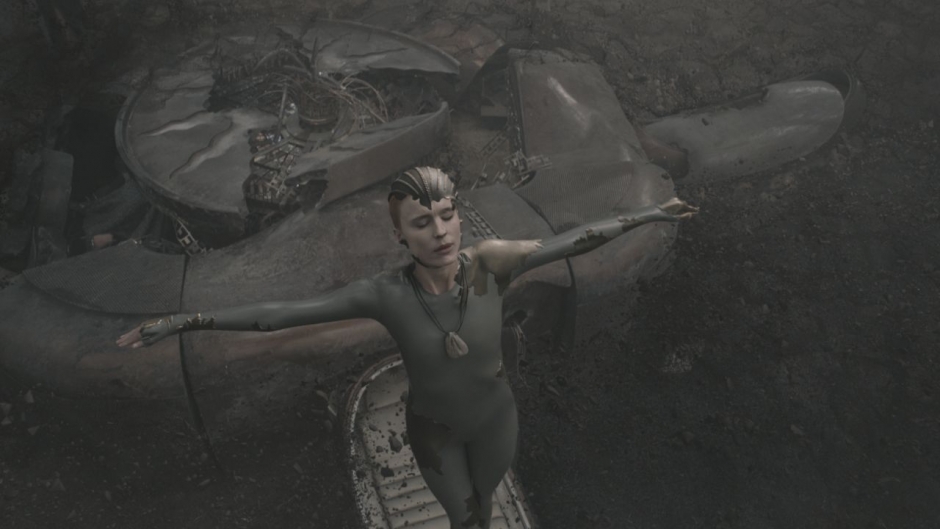 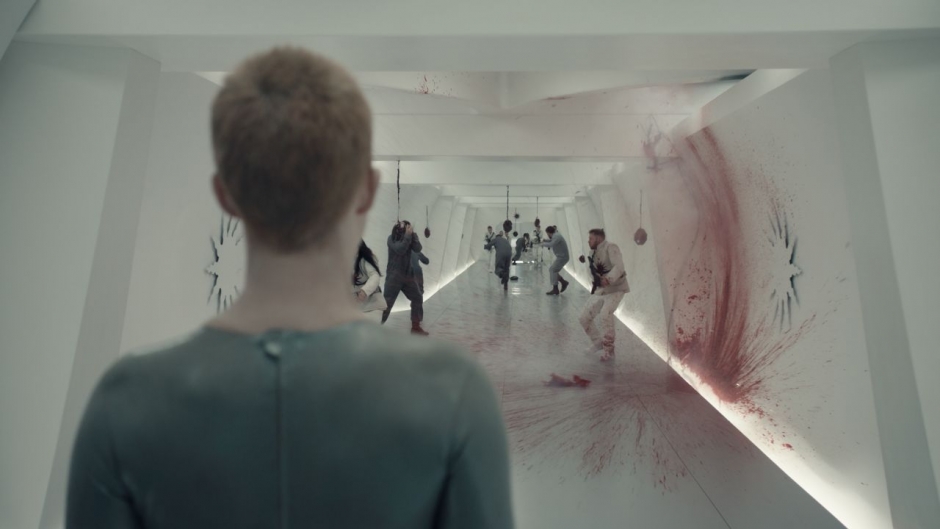 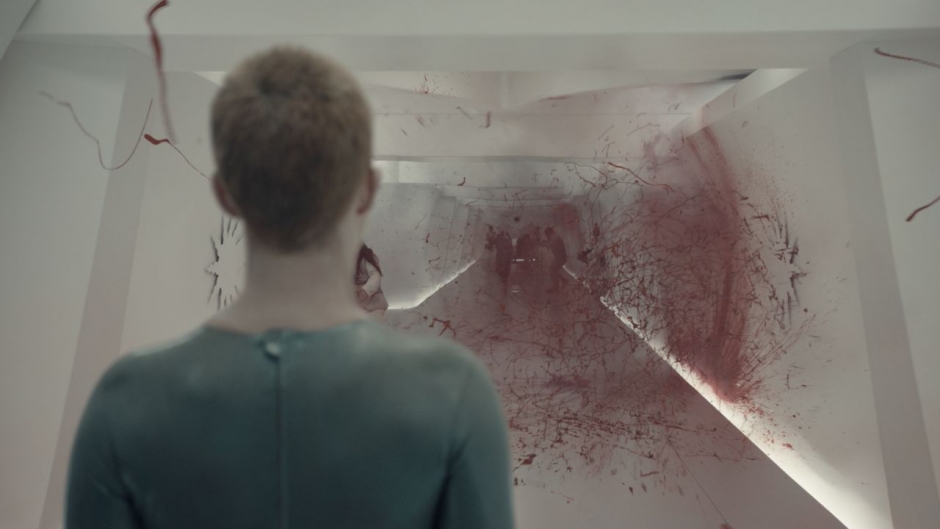 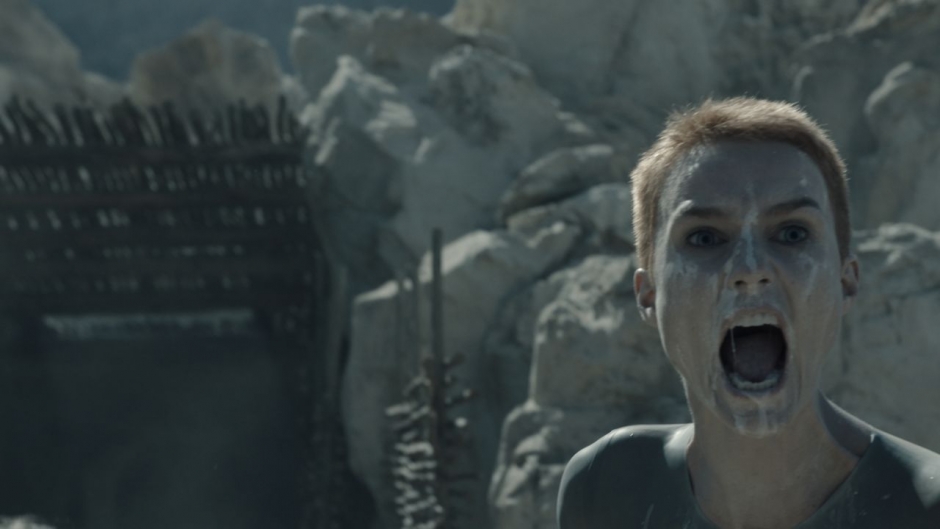 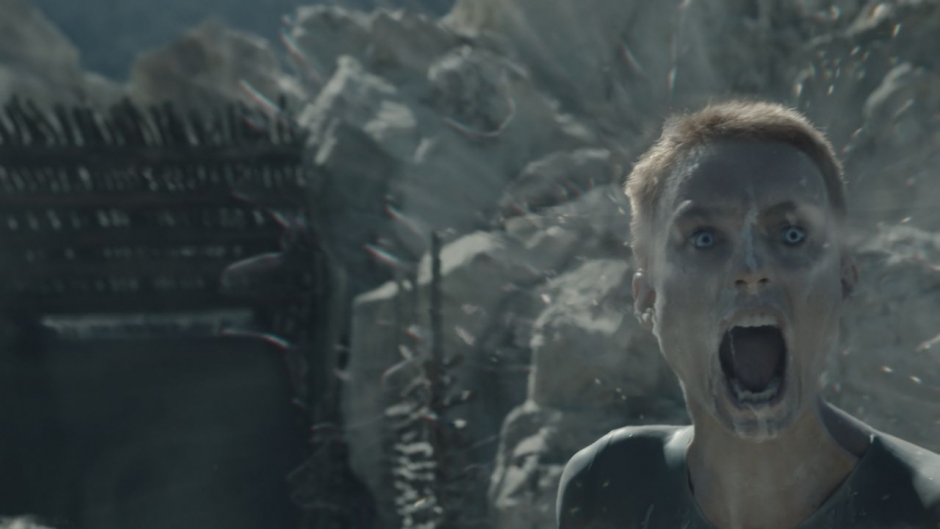 One of the most challenging sequences was the hallway scene when Mother attacks the Mithraic Arc using a deadly scream attack, gorily obliterating everyone in her path. MR. X drew from on-set photography and Scott’s own concept sketch of the aftermath of the devastating attack, featuring a hallway filled with tendrils of blood. The Necromancer’s scream was an all-in comp effect, utilizing distortions and glows to give the impression of sound waves blasting from Mother’s face toward her targets. In response to the deadly scream attack, the simulation of the blood tendrils needed a zero-gravity physicality as well as an otherworldliness feel. The MR. X team had to show the Necromancer had powers that are far beyond what any human is capable of. 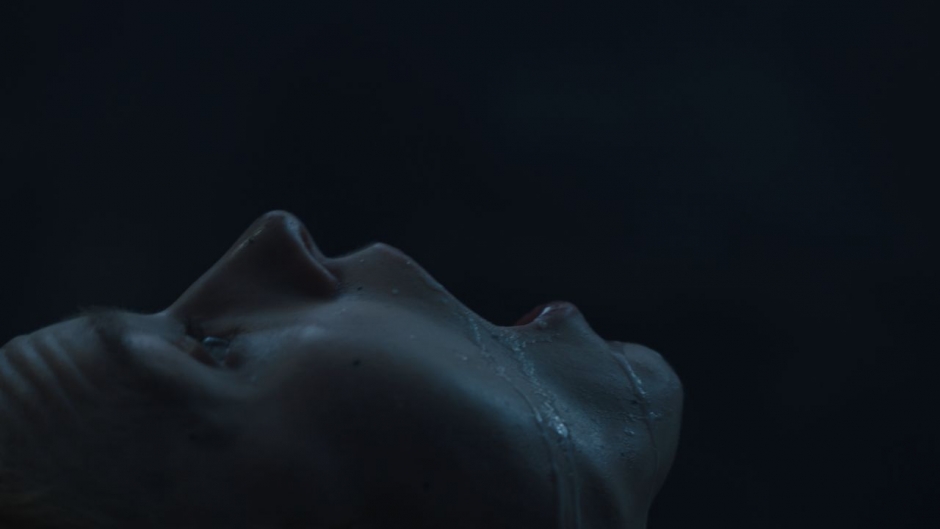 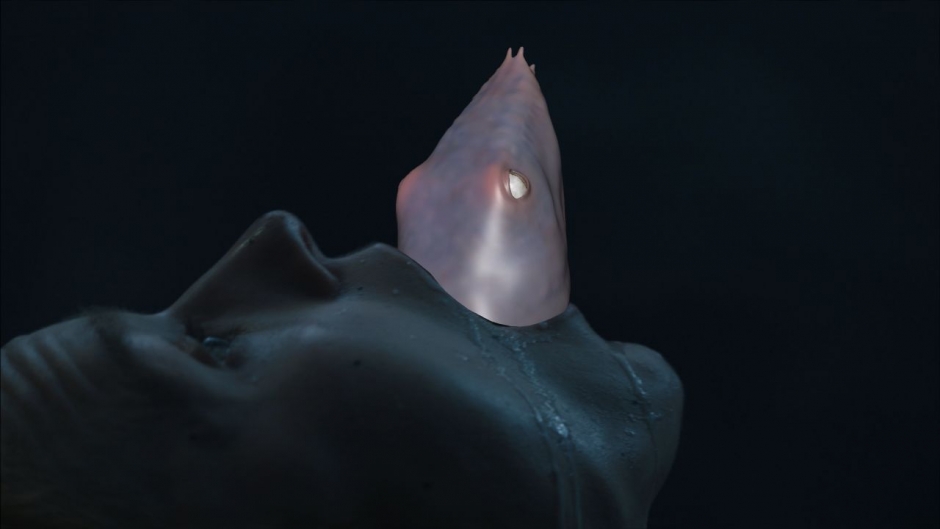 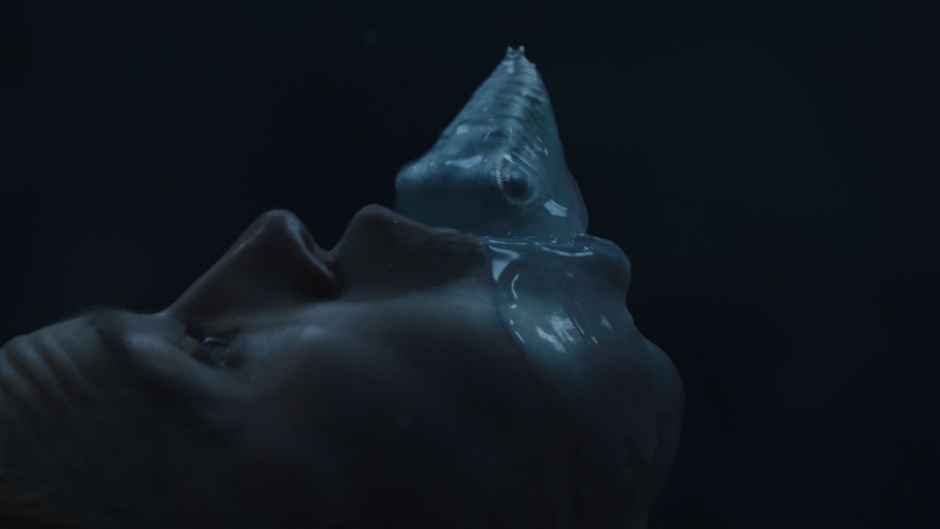 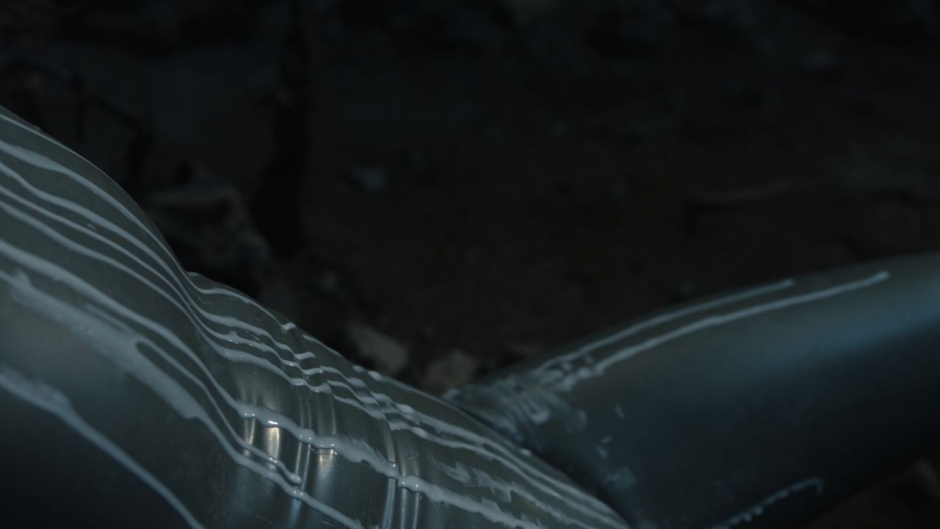 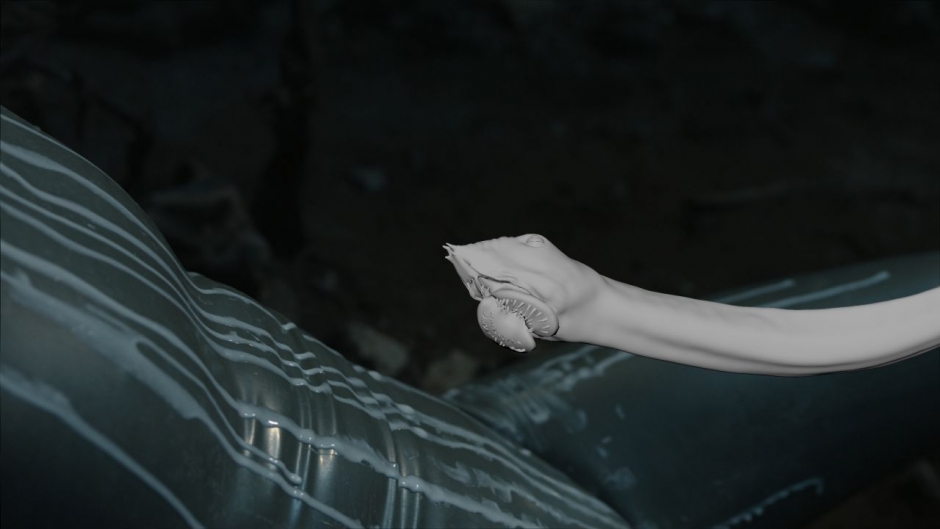 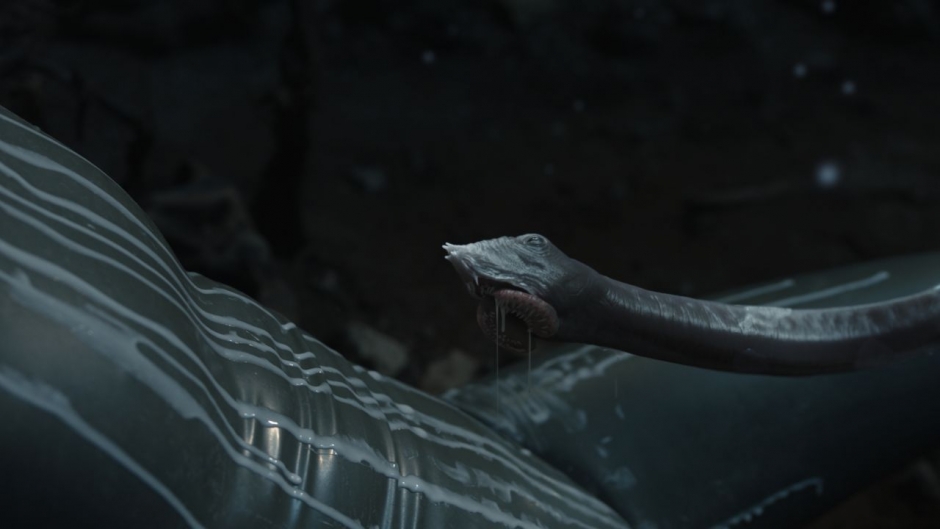